Ride-along at about 4 times normal speed. The eight minute trip requires only 2 minutes.


Stations are also in the adjacent parking lots. 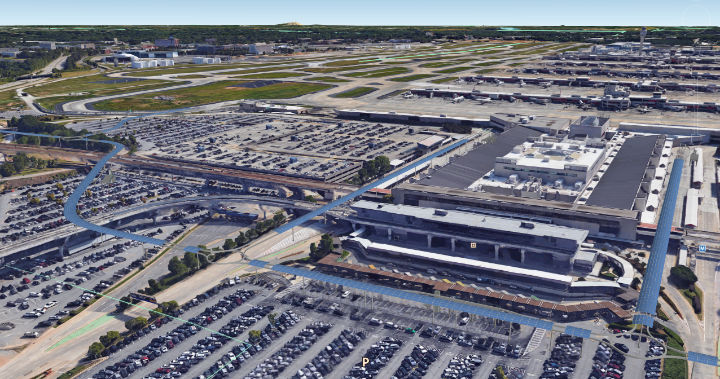 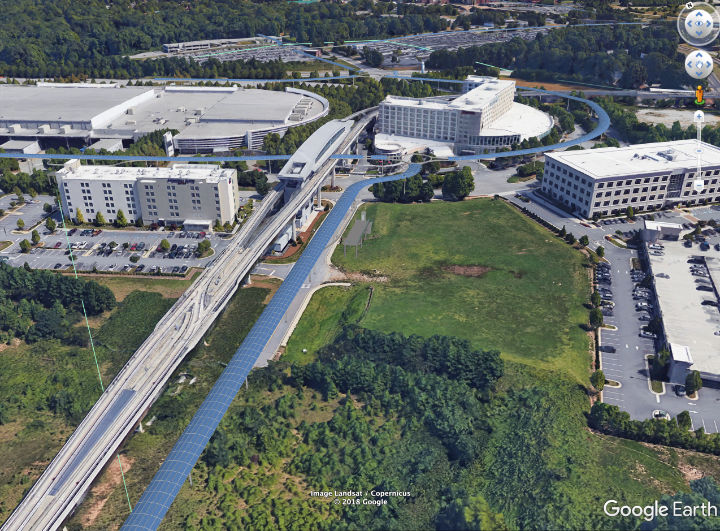 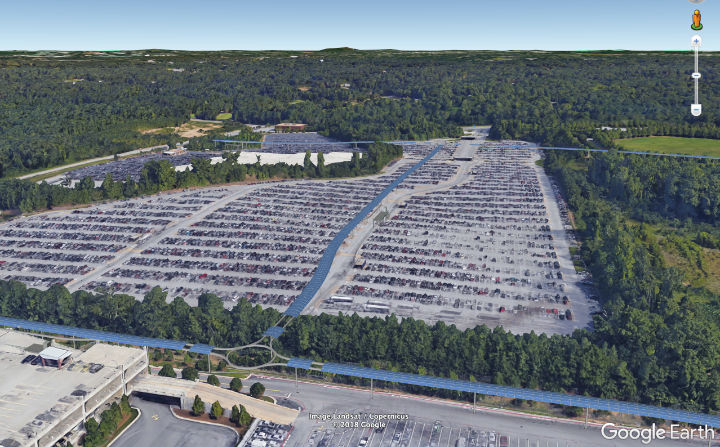 Map of the hotels connected by the network. 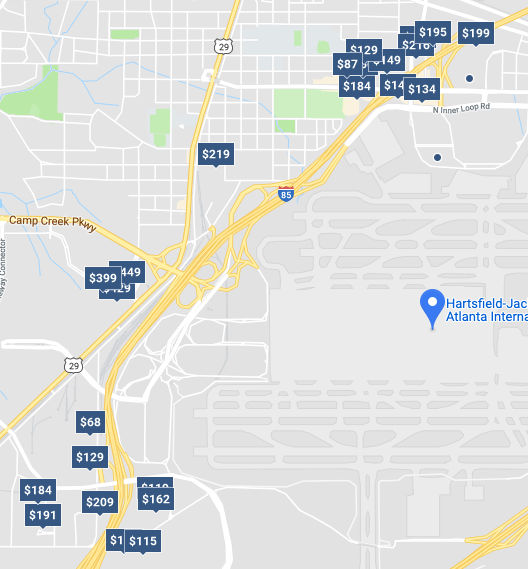 JPods3D model of the network. 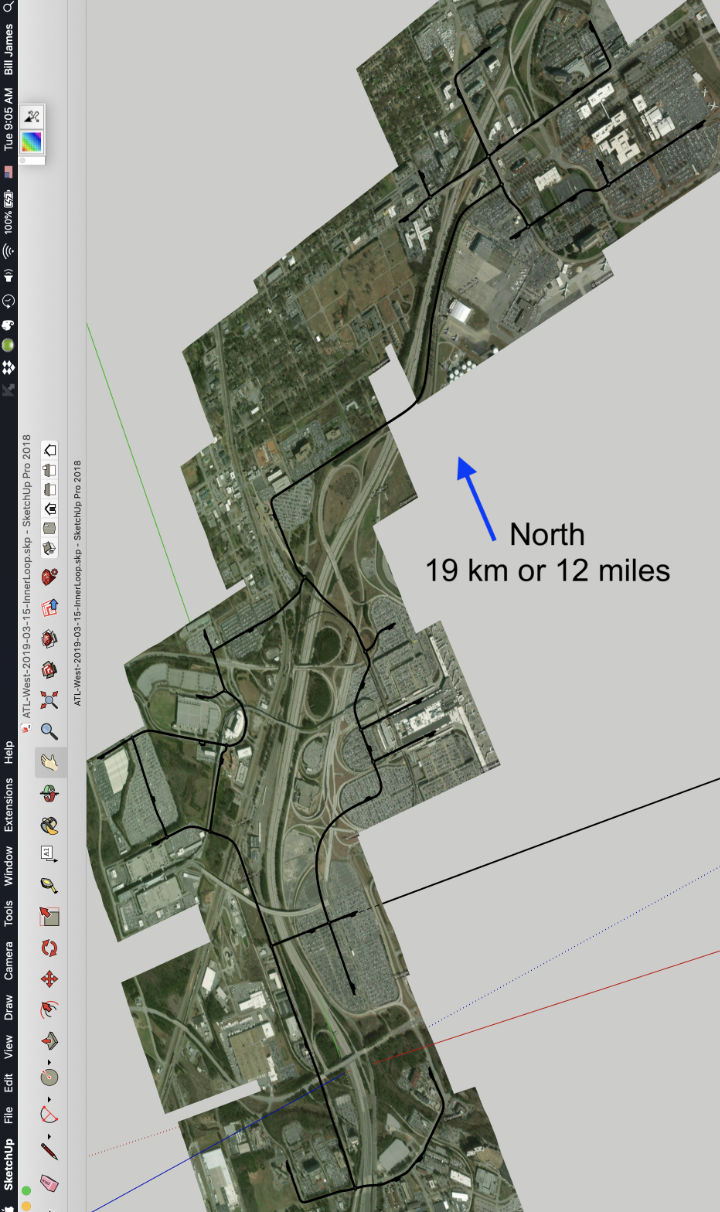 A 3-Minute summary of JPods

Suspended networks are well understood as illustrated by the H-Bahn: