There are doers and watchers. Doers are rare, and they change the world.

Georgia has the leadership of five teams that are triggering the creation of a physical version of the Internet. Digitizing mobility will create vast numbers of construction, manufacturing, and engineering jobs by converting traffic congestion and costs into value.

March 12, 2019 Senator Beach and the Georgia Senate Transportation hearing on solar-powered mobility networks moved Georgia to restore liberty to invent and liberty for people to choose in free markets. 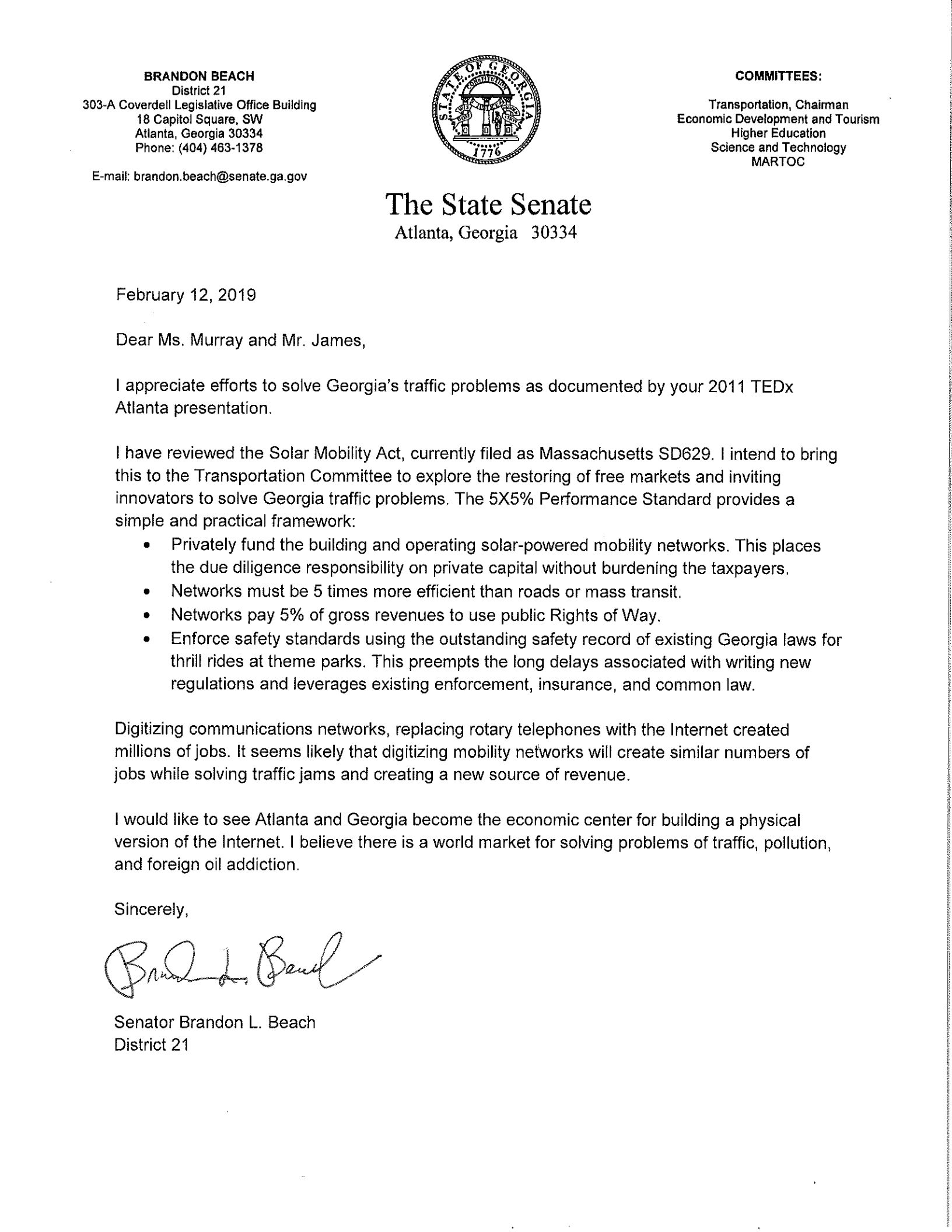 As a preview of what Georgia leadership will accomplish, five videos follow: